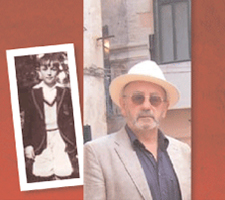 The books Fragments from Frescati and Grandfather’s House were histories and genealogical records of two County Dublin mansions, Frescati in Blackrock and Monte Alverno in Dalkey.

Ancient Ireland, now a standard guide to that topic, has been in print for many years, most recently re-issued in 2018.

The Irish Times, for his Connections column, The Irish Catholic, with his Sunday in Ireland series, and Dictionary of Irish Biography, (Royal Irish Academy/Cambridge University Press).

The bestselling A Walk on The Southside, a memoir/love story/local history, first published in 2010, reissued in 2018.

Not yet known for:

Attic.Stuff.Write. (2020-21), which could be described as an autobiography.

The novels Here Be Ghosts (O’Brien Press), Ogulla Well, The Colour of Her Eyes, The Snake Dancer of Sati Choura .

Conan Kennedy is married to Hilary Cox. They work in the publishing business. Of their five children, four survive, and they are adults…sort of. And he is not (yet!) a member of Aosdána.